While Internet companies such as Letv Automobile, Baidu and Google have been testing the waters of autonomous driving technology and speeding up their layout in the field of intelligent cars, auto parts giants including Bosch, Continental and Delphi have also begun to expand in this field.

(Summary description)While Internet companies such as Letv Automobile, Baidu and Google have been testing the waters of autonomous driving technology and speeding up their layout in the field of intelligent cars, auto parts giants including Bosch, Continental and Delphi have also begun to expand in this field.

Information
While Internet companies such as Letv Automobile, Baidu and Google have been testing the waters of autonomous driving technology and speeding up their layout in the field of intelligent cars, auto parts giants including Bosch, Continental and Delphi have also begun to expand in this field.
Yanfeng Automotive Trim Systems Co., Ltd. (hereinafter referred to as Yanfeng Automotive Interiors), one of the world's largest automotive interior suppliers, recently unveiled its 2016 innovation demonstration concept car, ID 16, at its Shanghai headquarters. It is understood that ID16 mainly focuses on "China's high-end consumer market", "urban SUV" and "autonomous driving", which are the three major industry layout areas.
Luo Yonghan, CEO of Yanfeng Automotive Interiors, told National Business Daily that it still takes time for autonomous driving to be truly commercialized, but the trend is accelerating in the smart car industry. In this context, traditional parts companies also began to speed up the pace, looking forward to the layout to seize the technical commanding heights.
From this point of view, at the moment when the automobile industry is facing great changes, the technology battle between OEMs, parts suppliers and Internet companies has begun in the face of the intelligent automobile industry, a market with a scale of more than one trillion yuan.
Components giants accelerate their layouts
"The development momentum of autonomous driving and intelligent interconnection is very rapid. In the future, Yanfeng auto interior will accelerate the research and development in the field of automotive interior forward-looking technology such as intelligent accessories." Luo Yonghan to "daily economic news" reporter said, as a focus on the interior parts enterprises, yanfeng car interior also the profound insight into the change of market hot spots, "we will be based on the existing automotive trim technology, by implanting touch and feedback, adaptive and new display multiple technologies, realizes the automotive trim and the perfect fusion of electronics, become people - car - the main carrier of the network interactive Internet."
In the background of Internet giants' aggressive entry into the automobile industry, traditional parts giants are not to be outdone and have accelerated their layout in the field of Internet of Vehicles and intelligent vehicles.
Bosch, which focuses on electrification, automation and connectivity in its automotive technology research and development, has conducted road trials of autonomous driving technology on highways as early as 2013, and the related driver assistance system was mass-produced in 2014. Bosch has said it has the core technologies and systems integration necessary to fully enter the market.
Last March, Delphi, one of the world's largest manufacturers of automotive wiring harness systems, launched a self-driving journey across both coasts of the United States. Significantly, to further its push into active safety and autonomous driving, Delphi last year bought Hellmann Telecom, a provider of cable harness management solutions, and Ottomatika, a software company. It also made strategic investments in two automotive software Technology companies, Quanergy and Tule Technology.
Also boosting its technology prowess is Continental, a German transport manufacturer, which is buying to buy. Last year, Continental bought Elektrobit Automotive, a Finnish software company, for €600m, further boosting its autonomous driving capabilities. Continental also bought the automotive unit of Siemens VDO and the automotive electronics unit of Motorola.
"Steering wheel" competition is increasingly fierce
While Internet companies accelerate the layout of Internet of Vehicles, self-driving and other technologies, domestic and foreign vehicle companies have also begun to vigorously expand this field.
At this year's International Consumer Electronics Show (CES), BMW, Audi, Mercedes-Benz, Ford, Volkswagen, Toyota and other vehicle companies all demonstrated their intelligent interconnection technologies by releasing concept cars. BMW showed off its i8 Spyder concept sports car with the latest human-computer interaction technology; Mercedes showed off two driverless cars, the E200 and E300, which it says could hit the market as soon as the next two years. Toyota is starting with maps, and says it will make its maps down to 5cm accuracy, which will completely surpass Google maps.
At the same time, more than a dozen domestic auto manufacturers, including BAIC, GAC, SAIC, Changan and BYD, have also said that they have invested heavily in the field of autonomous vehicles and connected vehicles technology, and carried out cutting-edge technology research and development. Take Chang 'an as an example. In the next five years, Chang 'an will spend 4 billion yuan on research and development of forward-looking technologies such as driverless vehicles. In April, a self-driving car modified by Changan Ruicheng will travel from Chongqing to Beijing for the auto show.
In response, the industry analysis, in the car intelligent trend intensified, parts giant, Internet companies, automobile companies layout under the condition of this area, the "wheel" battle will increasingly fierce, and who first occupied the commanding heights in the battle, who are likely to dominate the future automobile industry development initiative.

Scan the QR code to read on your phone

The fastener industry is actively shedding the "low end" label

Industry experts say that behind the construction of giant, there is a small fastener indispensable role, although only a small player, but has a vital impact. Because of the importance of its connection, consumers in the purchase of a more favor to the brand.

While Internet companies such as Letv Automobile, Baidu and Google have been testing the waters of autonomous driving technology and speeding up their layout in the field of intelligent cars, auto parts giants including Bosch, Continental and Delphi have also begun to expand in this field.

Our company will participate in the Las Vegas Garden Hardware Show from May 7-9, 2019, booth No. 8649, as our valued customer, we sincerely invite you to visit us! Location: Las Vegas Convention Center.

From May 6 to 9, 2019, we will be attending the OTC Oil Show in Houston, NRG Park ? Houston. Our booth number is #6242 As a valued customer of our company, we sincerely invite you to visit!

From June 20 to 22, 2018, our company participated in Shanghai Fastener Exhibition, National Convention and Exhibition Center (Shanghai), our booth number is 3D006. As our valued customer, we sincerely invite you to visit our booth.

Metal stamping parts refer to the mold used for steel/non-ferrous metal sheet at room temperature, which is formed into the specified shape by the pressure provided by the press for processing. Compared with other methods of mechanical processing and plastic processing, stamping parts processing has many unique advantages in both technical and economic aspects. The main manifestations are as follows.

Our company participated in the Chicago International Metalworking Fair on November 6th, solstice9th, 2017. Our booth number is C40334.

On October 17, 2017, our company participated in the National Industrial Fastener Supply Expo 2017 held in Las Vegas, USA. Our booth number is 1864.

The basic knowledge of mold is introduced

Mold, industrial production for injection molding, blow molding, extrusion, die casting or forging molding, smelting, stamping and other methods to get the required products of various molds and tools. In short, a mold is a tool that is used to make a molded object. This tool is made of various parts, and different molds are made of different parts. It is mainly through the physical state of the material to achieve the shape of the processing of goods. Known as the "mother of industry" title.

The government work report delivered by Premier Li Keqiang on Friday did not mention any specific numbers for this year's foreign trade growth. Instead, it referred to "steady growth in imports and exports". This not only indicates that foreign trade will be more quality-oriented this year, but also indicates that the government is paying more attention to the cultivation of export competitiveness. 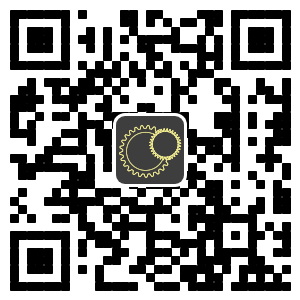